I took a walk down memory lane this weekend as a friend and Natural Health Revolutionary allowed herself to be vulnerable on stage where we as sisters and warrior princesses gathered to encourage one another. I had opened myself to the possibility of doing the same. I never know what words God is going to speak through me. I just pray, and let the words flow knowing He knows better than me. I wasn’t sure if I would share Joshua’s story, or the miscarriage I had in 2014 that awakened me to realize my purpose was bigger than my dreams. I ended up sharing neither.

Honestly, I don’t remember much of what I shared but it must have been impactful based on the many who said I inspired them.
For some reason though I am feeling led to share Joshua’s story on my blog today. Typically I wait until fall and share as a tribute to his short life. Not sure who God is wanting to speak to through these words, but I have learned to yield to his promptings. I copied the words below from a blog post I wrote in 2008, which was ten years after he died. He would be the oldest still at home if he was still with us. I often wonder what he would look like. 18 years later, I still cry. And I am still driven to educate people about the effects chemicals have on us, and our children. What we put in our body matters!!
I hope this speaks to you….to educate yourself, to educate others, to comfort you, to challenge you. Feel free to share if you think it might speak to someone you know.

I posted this on my blogspot blog earlier in the year, but this is always the time of year I reflect. I met a lady recently (on Joshua’s birthday no less)who has a baby boy named Joshua Caleb. When she told me his name, I almost lost it. Then I stood in the middle of the gas station parking lot and blubbered out my story. I often feel like I was robbed, and then I remember how God has blessed me so incredibly. I repost this not to relive the pain (though I do) but in hopes to help someone else who might be dealing with a loss. I also need to be able to share with other people. At our house we don’t talk much about Joshua. None of the children remember much, and the older children shush the younger children for fear of making me cry (even though I tell them it is okay.) I guess I should rewrite this from a 10 year perspective, but for now I’ll just let you read the blog I posted back in the summer when I ‘met’ Heather after losing her son Sawyer who was still-born.
………………………………………………….
It is funny how God takes us down rabbit trails to lead us back to Him, and to remind us of who we are – where we’ve been. Several times over the course of the last few days Joshua has been the topic of conversation. Then tonight while reading Amanda’s blog the Lord led me down memory lane. Tears filled my eyes as I read of another mother’s pain and struggles. The realization that Joshua would be ten years old this fall struck me like a slap in the face. The hurt never goes away. It still physically hurts, like the weight of several hundred pounds of bricks laying across my chest. I am so thankful that the Lord is my Rock and my Refuge. My struggles over the past few years pale in comparison to the death of my sweet baby. Gratitude fills my soul as I ponder how merciful my Heavenly Father has been to me, even when I was at my lowest. Life and death are in His hands. I am so thankful that He filled my heart with praise when my sinful wretched human nature only wanted to be angry and bitter. It is not I, but He who gave me the ability to Praise Him, Even in the Storms of Life. I have wept bitter tears, but God prevented my heart from being filled with bitterness.
As a tribute to Joshua, I wanted to post the journal I wrote a few weeks after he died. I posted it quite a while back on my CafeMom homepage. It is good to remember and not forget. The age difference between Michael and Elisabeth is so small. There is no noticeable gap, but I always feel like there is someone missing. It hurts that everyone seems to think talking of him is taboo. It is true that it makes me emotional, but it almost feels like we dishonor him by never talking about him.

“Because I Said So”

There are qualities in our parents that we want to emulate, and there are some that we vehemently vow never to copy. I can remember as a child being given the answer, “because I said so.” I hated that answer! I vowed never to respond that way to MY children because, as a child, I felt like it was a cop-out. My parents just didn’t want to take the time to explain, or they didn’t have a reason (or so I thought then.) With six living children, the oldest being ten, I have to admit that I have broken my vow more times than I can count. It didn’t occur to me until I was a parent that “because I said so” is an answer that we must give when the explanation is beyond the comprehension of the one asking the question.

I was lying in bed, screaming from the depths of my soul WHY WHY WHY when that still small voice inside said….“because I said so.” Now, please don’t think that I have gone off my rocker so far as to think that God was “speaking to me.” It was just a realization that God doesn’t cop-out by not answering our WHY’s. He just knows the answer is more than we can comprehend in the dim light of this world. Even if he offered us HIS reason, it would never be good enough for us while we still are at war with our flesh.
As the weeks pass, I still struggle to move past the “whys.” I have had to admit to myself that they will never completely quit haunting me. I received a letter from a saint of 68 years. She recalled her loss as if it were yesterday. So my question after reading her letter was, “How do I move on?” Paul says in Philippians 3: 13, “Brethren, I count not myself to have apprehended: but this one thing I do, forgetting those things which are behind, and reaching forth unto those things which are before, 14 I press toward the mark for the prize of the high calling of God in Christ Jesus.”

Joshua Caleb was born October 16th (1998). God called him back to sing with the angels on Nov 19th (1998). Five short weeks to enjoy a precious blessing from above didn’t seem like enough time to me. Joshua was born with aortic stenosis (a heart defect). He had a heart cath when he was 6 days old which corrected the problem. The autopsy showed that he had suffered a heart attack (presumably caused by a blood clot from the procedure) several days later that went undetected (even though I took him to the emergency room suspecting something was wrong .) He died three weeks later from the build up of scar tissue. The cardiologist said that his heart literally exploded from the pressure. Even in his death God was merciful. Clay was home. We had just stopped in long enough to grab a bite to eat. I don’t even like to think how I would have responded had we been on the road. God could have left us wondering if there was something else we could have done that day to save him. Calling 911 and performing CPR always works in the movies. The autopsy was clear that it was beyond human efforts to save him that day. So why didn’t God intervene? Why does He allow His children to suffer such agony? You don’t have to search the scriptures far to find where David and Job ask the same questions. The answer is clear…“because I said so.” And that must be enough for we haven’t the ability to comprehend the mind of God. We have had many people offer us verses of encouragement. (And they have all been encouraging.) However, knowing that he is able to worship God perfectly -without me there to enjoy it too… doesn’t’ quench my selfish desire to be a mommy to him here on earth. Even knowing that God is going to use it for something good rings hollow when you ache to nurse the child you labored to give birth to. It is only when you stop to realize that it was God that breathed life into him in the first place that the healing begins. Isaiah gets to the heart of the matter when he says, “Hast thou not known? Hast thou not heard, that the everlasting God, the LORD, the creator of the ends of the earth, fainteth not, neither is weary? There is no searching of his understanding..” We have to give up on the idea of ever understanding why and learn to accept…“because I said so.”

I have learned that being vulnerable is how we help others most, and in the process help ourselves heal. The healing process will never be over in this life, but we can regain ourselves by emptying the vessel that holds the pain and allowing God to refill us with His mercy and grace. How can you open yourself up to someone who is struggling?

Just a few of the many who’ve gotten results! 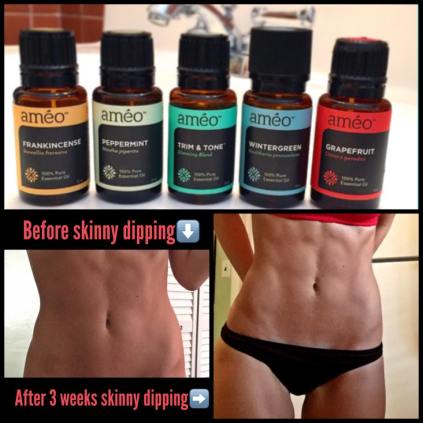 She applies topically before working out. 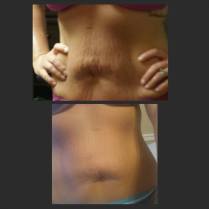 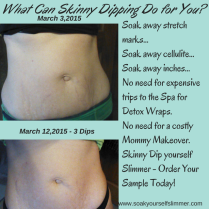